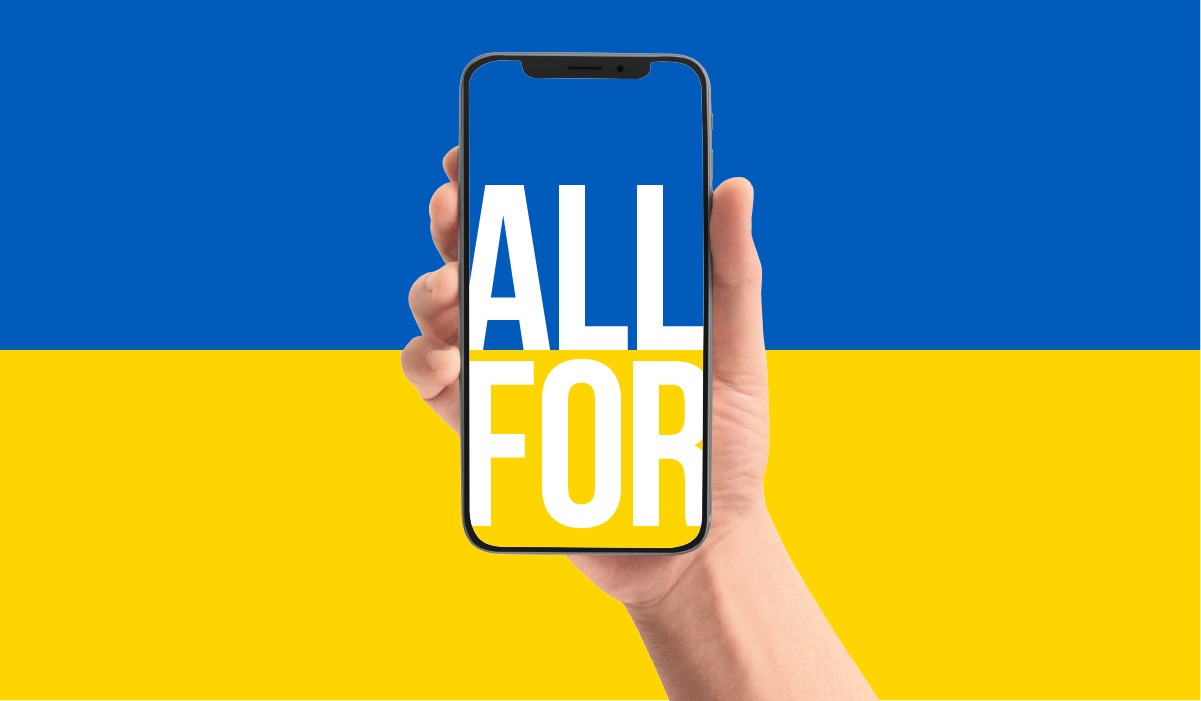 Posted at 09:06h in Uncategorized by admin

With social media at the tip of our fingers, the world is more connected than ever. Russia invaded Ukraine on February 24th and since then social media has united the world. Each news reported, post or tweet, brings together supporters, agencies and brands to help Ukraine and its people.

This month Crypto.com and 33 independent artists united to support Ukraine with NFT collections. This series consists of 54 NFT’s illustrating the first days of the invasion. The collection called “The Art of Giving” is part of a larger campaign for Ukraine relief that was featured as a commercial during the Oscars’ U.S. broadcast.

Big global corporations as Epic and Microsoft are planning to donate Fortnite game proceeds for Ukrainian relief. Microsoft’s XBox will also be donating their two weeks of net proceeds from Fortnite as well. Funds will be donated to organizations as Direct Relief, the United Nations Children’s Fund, the United Nations High Commissioner for Refugees, and the World Food Programme.

CEO’s are also supporting and joining forces—Meta CEO Mark Zuckerberg responded to Russia’s invasion of Ukraine saying it was a “massively destabilizing world event” in his first public comments about the war since it began in late February. The tech mogul blocked Russian state-backed media accounts in Ukraine and the European Union.

Companies such as Airbnb, announced it would offer temporary housing for up to 100,000 refugees leaving Ukraine, the company has secured  housing for  21,500 hosts for the program, including 14,000 in Europe and 4,000 in the U.S., according to a company update.

Brands as Burger King will pull corporate support of its franchised-owned restaurants in Russia, including marketing, parent company Restaurant Brands International. The company also  announced it would make a $1 million donation to the United Nations’ refugee agency.

According to a recent Ad Age Analysis, five of the 10 largest advertisers in Russia as of 2020, have announced they’re pausing advertising. That includes all those on the list based outside Russia, including Nestle one of the biggest advertisers, PepsiCo, Procter & Gamble Co., L’Oreal and Mars. Combined these companies spent more than $660 million on media buys. Eight of the 10 biggest global advertisers overall in recent days have announced they’re ending advertising and pausing operations in Russia.

In events like these, brands and marketing have a significant impact. Social media campaigns, CEO’s, and the actions brands and big companies take on publicly say more than words will ever say.

Here is a full debrief of other campaigns and actions companies around the world are taking:

To learn more about the impact of marketing and what your brand can do to take a stand, call us,