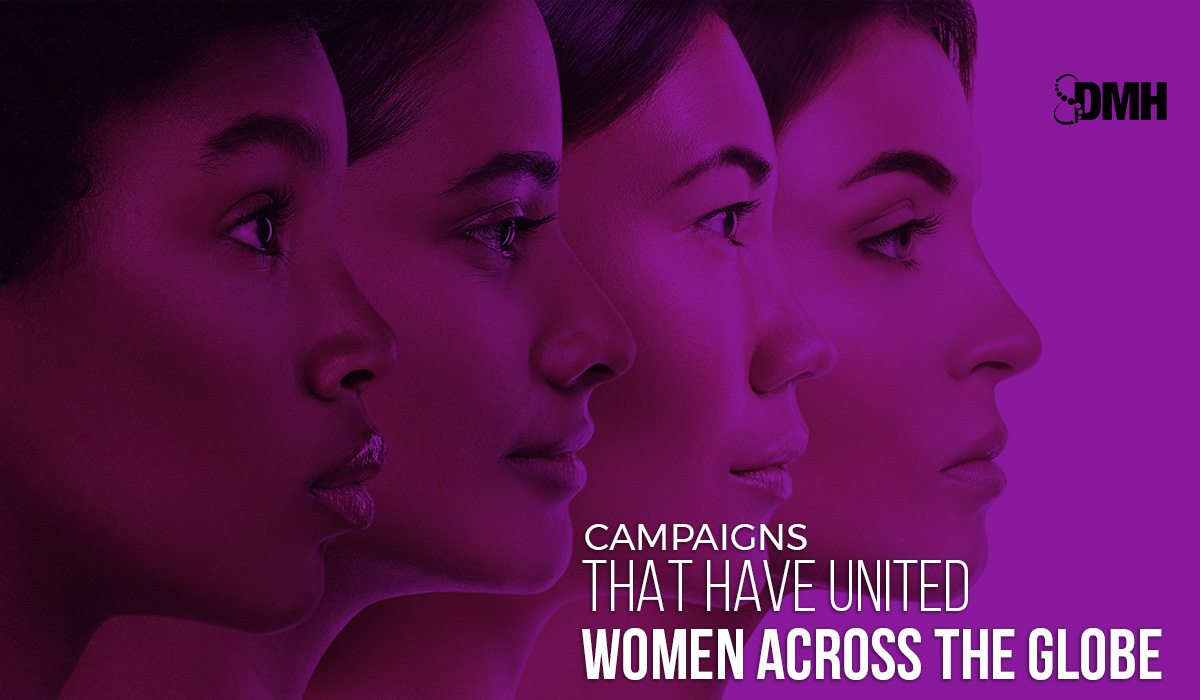 07 Mar Campaigns That Have United Women Across the Globe

Posted at 11:23h in Uncategorized by admin

Created by the United Nations in 1975, International Women’s Day honors the social, economic, cultural, and political achievements of women across the globe.

On this day, we want to take a step back and commemorate all the great things women do every day. From a professional and a personal standpoint, women learn to be superheroes and tackle so many hats at the same time that they deserve a day to call their own.

We have handpicked several marketing campaigns that throughout the years have created consciousness on the importance women play in the world and the problems they face on a day-by-day basis.

Here are a few that we consider our all- time favorites:

Leading British actor Emma Watson in 2014 gave a compelling speech as ambassador of the United Nations Women campaign “HeforShe” that went viral and had the world watching within minutes. With a call to action to end gender inequality with the words “this needs to stop” she narrated her experience of being called “bossy” since a very young age and how this helped her realize the stereotypes that the female gender faces.

Originally launched in 2013, this campaign celebrates the “natural face” of women. The campaign was targeted at promoting confidence in women through natural beauty. This campaign has been ongoing for nine consecutive years, aiming to teach women that not everything they see in magazines is beauty—the real beauty is the confidence from within.

Just do It?  Or Dream Crazier?  In 2019, Nike released a similarly striking video titled ‘Dream Crazier’. The video spotlighted female athletes that have not only raced to the finish line but have been an inspiration to generations of women inviting them chase their dreams and just be “crazy.”

The video is narrated by Serena Williams with featured female athletes as Caster Semenya and Kathrine Switzer.

One of our favorite quotes from Serena: Why not be crazy? Crazy, Crazy, and Crazy, if they want to call you “crazy” show them what “crazy can do.”

Marketing and social media are powerful tools, they unite all women as one. These campaigns have been inspirational across the globe for many mothers, professionals, young girls and all those that have been called “bossy” every day.

This year International Women’s Day invites us all to #BreaktheBias. A gender equal world with no stereotypes and where difference is valued and celebrated.

Congratulations to all the women out there on your day!